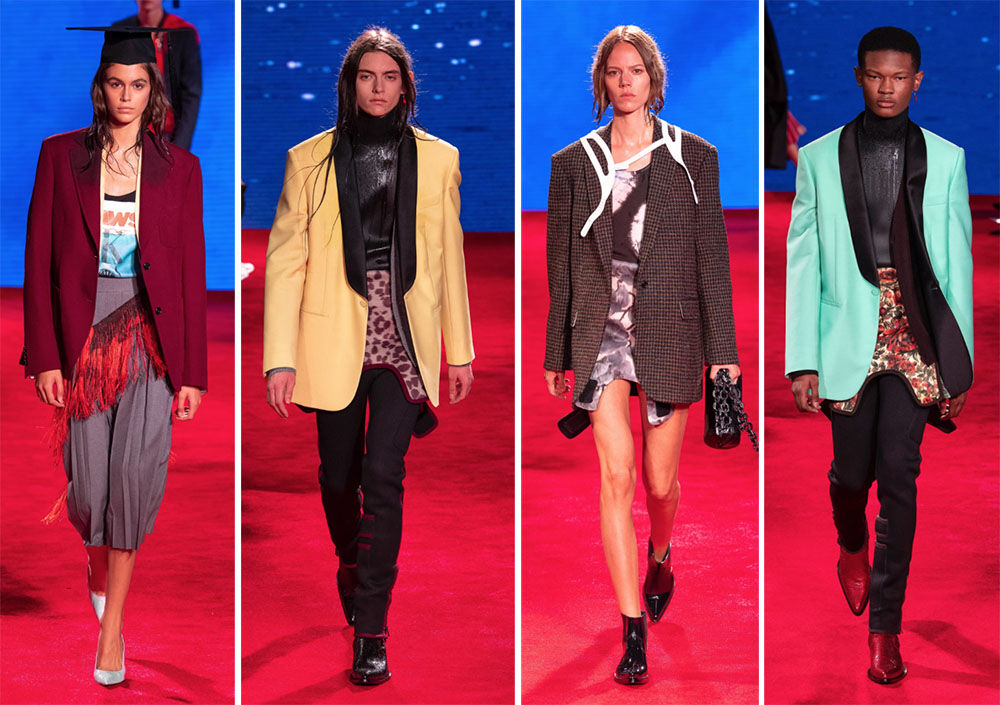 Is it too early to proclaim that athleisure is dead? If New York Fashion Week has any foresight into what the new year will bring, it seems as though the obsession with athletic wear has reached its fever pitch and will succumb to a low hum by spring. Yet, the borrowed from the boys theme remains. Longline blazers were seen in many New York Fashion Week shows. Maybe it was inspired by the boxy jackets Kenzo sent down the runway during Men’s Fashion Week in June or maybe designers have realized the real allure of athleisure is comfort. American designers have colluded to make American sportswear less restrictive and more, dare I say it, comfortable. Could it be the next wave du jour?

Calvin Klein, Derek Lam, Pyer Moss, and even Carolina Herrera added longline blazers to their collections for spring. Inspired partially by “The Graduate,” the Calvin Klein collection included a collection of blazers ranging from tuxedo-styles in sorbet colors to classics in saturated cranberry and even Ivy League tweeds. A few men walked the Tibi runway in womenswear so sleek and gender-neutral that it looked as though it was made for them. The swingy blazers paired perfectly with relaxed fit pants, printed shorts, and over flowy silk dresses. Both Tibi and Pyer Moss added an unexpected twist to some of their longline blazers with a side-tie that offered a robe feel without cinching the waist.

As the temperatures begin to drop and the need to cover up has you shuffling through your closet for last year’s moto jacket, reconsider an oversized blazer. Resurrect vintage tweed blazers, tuxedo jackets or formal suiting. It may give you the Dad style vibes that have taken over menswear in the past seasons, but when paired with coordinating separates, the look is still a relaxed upgrade from athletic wear that will earn you a style promotion. 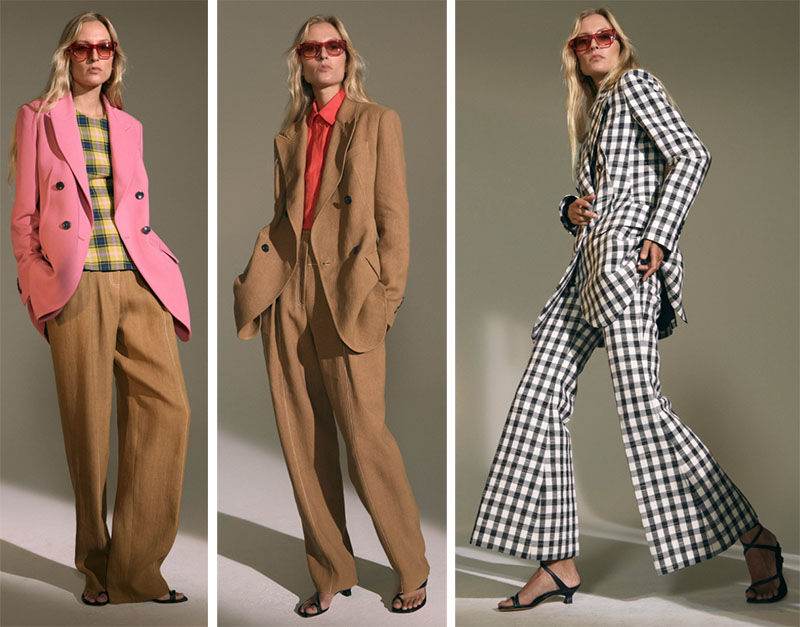 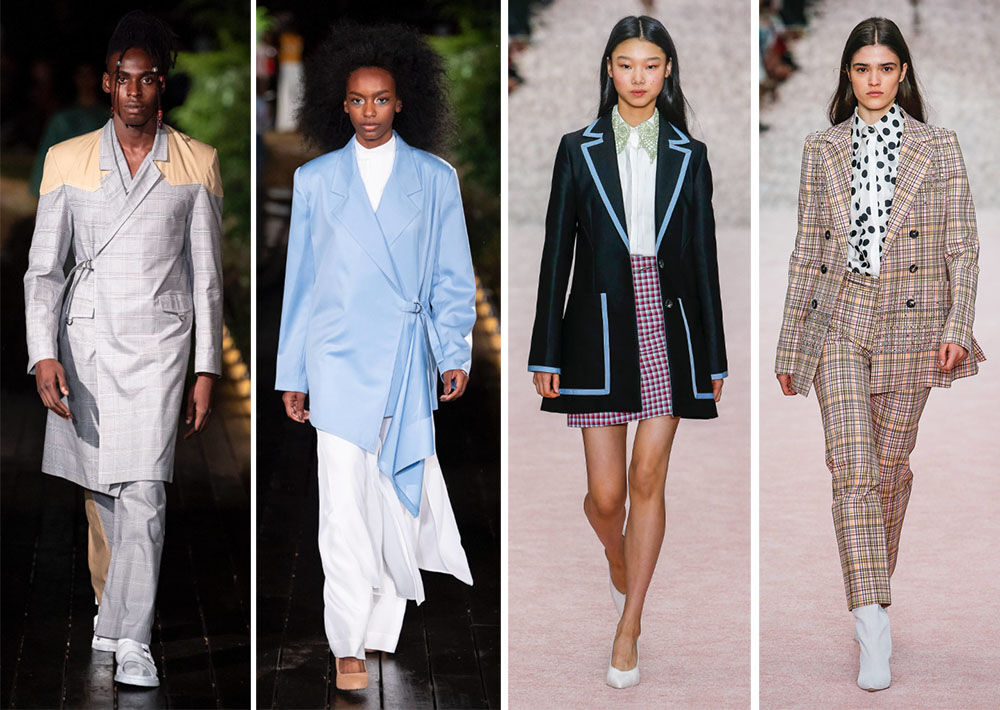 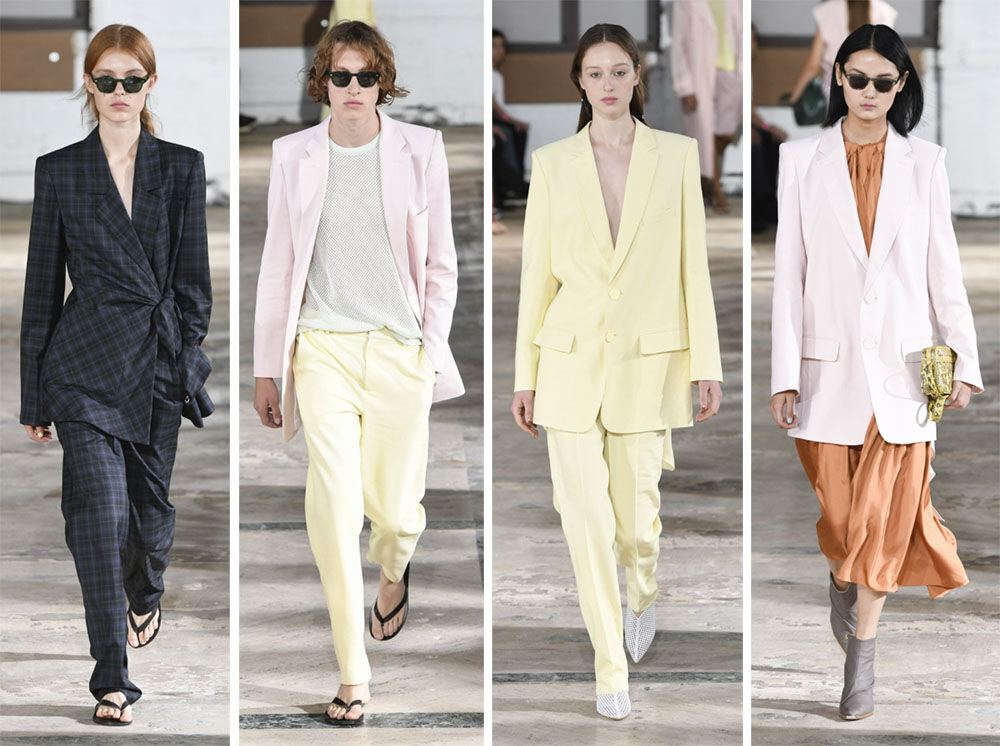 Get the look now.

The link to NYFW SS19: It's Time To Demote Athleisure has been copied
Select Your Location

What Goes Around Comes Around now offers worldwide direct shipping through DHL. Shop our site in your selected currency. Shipping fees and taxes will be added in checkout.

Are you sure you want to remove the following product from the cart?